Things You Should Never Say to Your Child 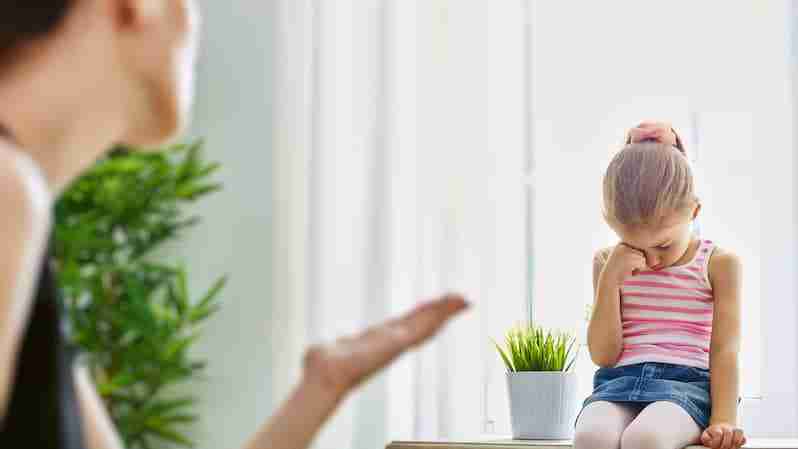 A few things said in haste messes up a child’s brain and have a huge impact psychologically.

A few things said in haste messes up a child's brain and have a considerable impact psychologically, like low self-confidence, self-doubt, anxiety, depression, and so much more. Throughout your parenting journey, make sure you are not saying things or acting out in a way that could damage your child(ren) mentally. Sometimes parents are not aware that their actions affect their child(ren) negatively, and sometimes parents overlook it and justify their bad behaviour due to their stress.

Here are a few practices which you should avoid telling your child(ren):

Pick these up right now. I don't want you leaving a mess like that again.

Instead, say: I don't like this mess you are leaving. Can you please clean this up when you have time?

You should know better.

Instead, say: It's OK not to know some things. Here, I will help you out.

You're a bad kid.

Instead, say: Can you tell me why you behaved/acted in such a way? I feel it wasn't right, is there anything you want to talk about?

Or Else. Example: Eat dinner, or else you won't get your dessert.

Instead, say: How about you take a healthy dinner quickly so that we can all enjoy dessert together?

Instead, say: You can come to say hi to your aunt when you are ready.

You should set a good example for your brother.

Instead, say: Your brother looks up to you; you're such a good role model.

Wait until your father/mother gets home.

Instead, say: You're grounded because you said a bad word.

I will never forgive you.

Instead, say: What you did was not acceptable, but we can look past it and move on if you think the next time.

I'm ashamed of you.

Instead, say: Although I feel bad about what you did, I love you for who you are.

Don't worry; everything will be OK.

Instead, say: Mom and Dad are always nearby, and we're going to set up a plan in case of emergency.

Instead, say: Let's do it together!"

Instead, say: I know you're sad, and it's OK to cry. It's OK to let out your emotions. Let me hug you.

If you don't clean your room, you're going to be in big trouble.

Instead, say: When your room is clean, then you may go out to play.

Instead, say: Finances are how we make and manage money, and when you like, we will teach you what we know.

I'm disappointed in you.

Instead, say: I'm surprised and was not expecting this to occur.

Instead, say: It's almost time to go. Do you want one minute or two?

Because I said so.

Instead, say: Explaining why you feel a certain way about something.

We can't afford that.

Instead, say: We're not going to buy that because we're saving our money for more important things.

Instead, say: What would you do if a man you don't know offers you candy and a ride home? OR If anyone makes you feel sad, scared, or confused, you need to tell me right away.

You should listen to adults.

Instead, say: You need to listen to your parents.

Instead, say: Would you please be kind and share your toys with your friend?

Who taught you this? (about mischief)

Instead, say: Why did you do that?

Look at this lovely girl.

Instead, say: I love you. You can do this too.

I do everything for you.

Instead, say: We do things for you because we love you, so please do for me.

Instead, say: I've told you this before, but could you please.

That's only for boys/girls.

Instead: Say nothing at all. Try your best at raising gender-neutral children.

You live under my roof, so you follow my rules.

Instead, say: You know the household rules. Please stick to them.

That's how I was raised.

I told you so.

It's just a little white lie.

Never disregard your son's feelings. Don't teach them that showing emotions is weak. To show emotions is only human.

Instead, say: I don't quite like this behaviour of yours. Do you think we can work on it?

If you loved me, you wouldn't do (this/that).

Don't teach them that love needs to be proven all the time. Love comes without ifs and buts.

No matter how angry you are, this is the worst thing to say. You would be scarring your child.

Why can't you do anything right?

Instead, say: What's the barrier? Is there anything I can help you with?

I don't believe you.

Instead, say: This comes as a shock for me. But I am sure you can tell me the whole thing.

There's nothing to be afraid of.

Instead, say: Everyone has their fair share of fears. We appreciate that you shared your feelings with us. We promise we will work on this together.

Your friends don't do that.

Comparison will never bring any positive change. Accept your child for who they are and appreciate them.

You should have done better.

Praise them for their achievement. Do not over expect.

Often children know what they want or how they feel. Saying this will show your distrust in their feelings.

You'll never be able to do that.

Instead, encourage and push your child to do better, of course, without any comparison.

You're so fat/skinny, or You're going to get fat/skinny.

Never attribute a child's identity to their looks.

You make me so mad.

Calm your anger down, and then talk to your child(ren).

We will talk about this after a while when I am in the right state of my mind.

Impact of such phrases on children: