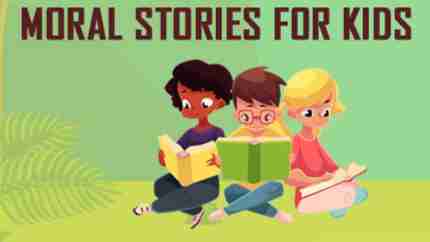 Short stories with moral values will teach your children some important lessons which they will remember always.

Do you remember the stories that you read as a child?

Moral stories can needn’t be serious, but they can be funny at the same time help your child learn something.

We have compiled a list of 07 short moral stories that are inspirational, from India, and from around the world. There was a young boy whose father, a farmer, had asked him to take their herd of sheep grazing every day.

One day, the boy was extremely bored as he watched over the sheep and so he cried: “Wolf! Wolf!”

On hearing his cries, the villagers rushed to help him chase the wolf away and save the sheep.

When they saw the grinning boy and realised he had cried wolf for his amusement, they scolded him and told him to not cry wolf!

The next day, the boy cried out that the wolf was there. The villagers came, scolded him again, and left.

Later that same day, a wolf came and terrorized the sheep.

But, the villagers assumed that he was pulling a silly prank again and did not come to his rescue. The sheep ran away and the boy cried.

Moral of the story: Don’t lie or engage in foolish pranks, for no one will believe a liar even when he is telling the truth!

2. The Golden Touch Of Midas 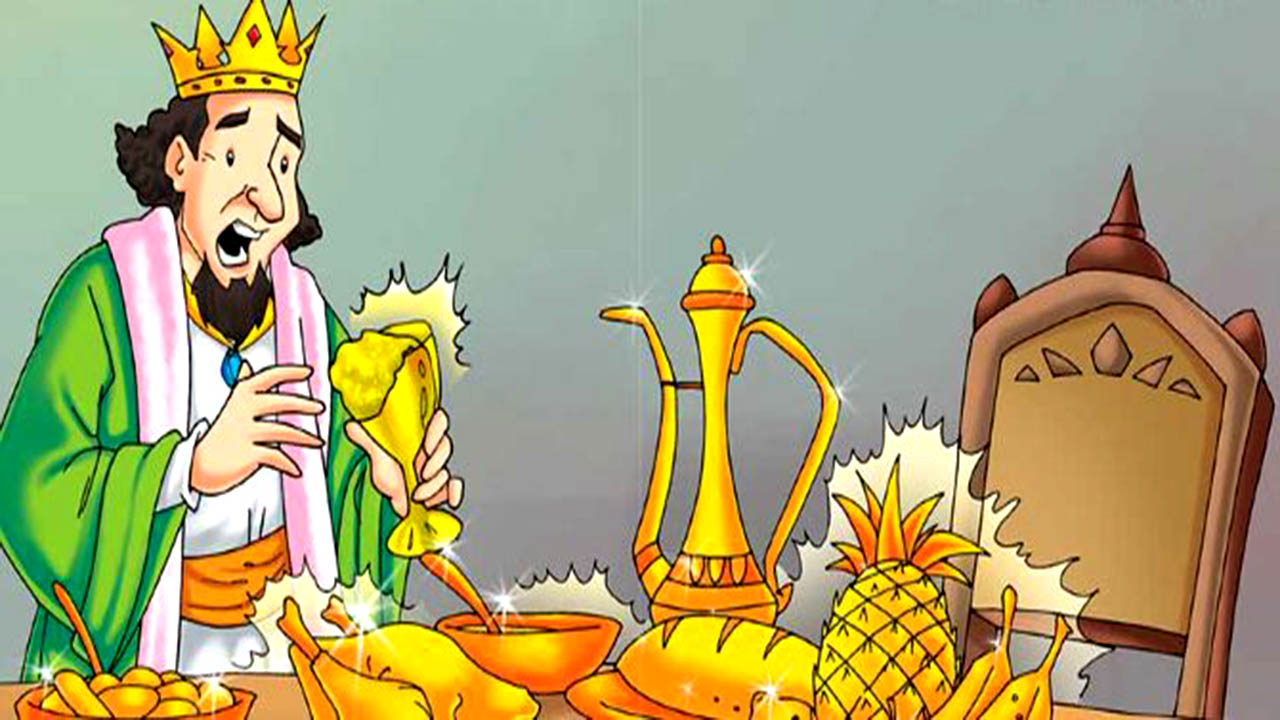 A long time ago, there lived a king in Greece named Midas.

He was extremely wealthy and had all the gold he could ever need. He also had a daughter whom he loved very much.

One day, Midas saw a Satyr (an angel) who was stuck and was in trouble. Midas helped the Satyr and asked for his wish to be granted in return.

The Satyr agreed and Midas wished for everything he touched to be turned to gold. His wish was granted.

Extremely excited, Midas went home to his wife and daughter touching pebbles, rocks, and plants on the way, which turned into gold.

As his daughter hugged him, she turned into a golden statue.

Having learnt his lesson, Midas begged the Satyr to reverse the spell who granted that everything would go back to their original state.

Moral of the story: Stay content and grateful for what you have. Greed will not get you anywhere. 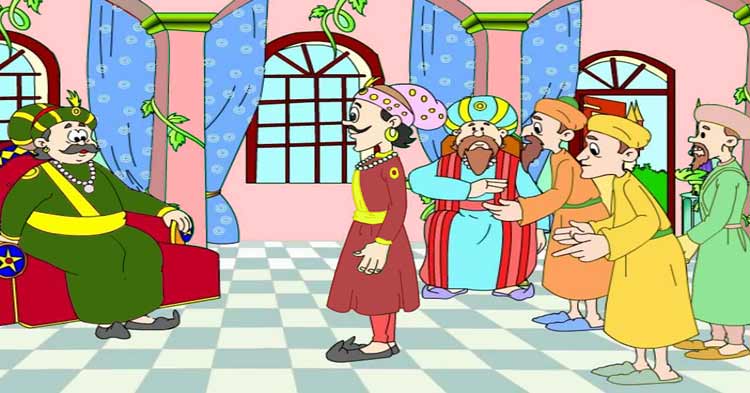 Once, a wealthy merchant came to King Akbar’s court to seek help from Birbal. He suspected that one of his servants had robbed him.

On hearing this, Birbal thought of a clever plan and summoned the merchant’s servants.

He gave each servant a stick of the same length. He told them that the thief’s stick would grow two inches by the next day.

The next day, Birbal summoned the servants again. He noticed that a servant’s stick was two inches shorter than the others.

He knew who the thief was.

The foolish thief had cut the stick shorter by two inches as he thought it would grow two inches. Thus, proving his guilt.

Moral of the story: Truth and justice will always prevail.

4. Two Frogs With The Same Problem 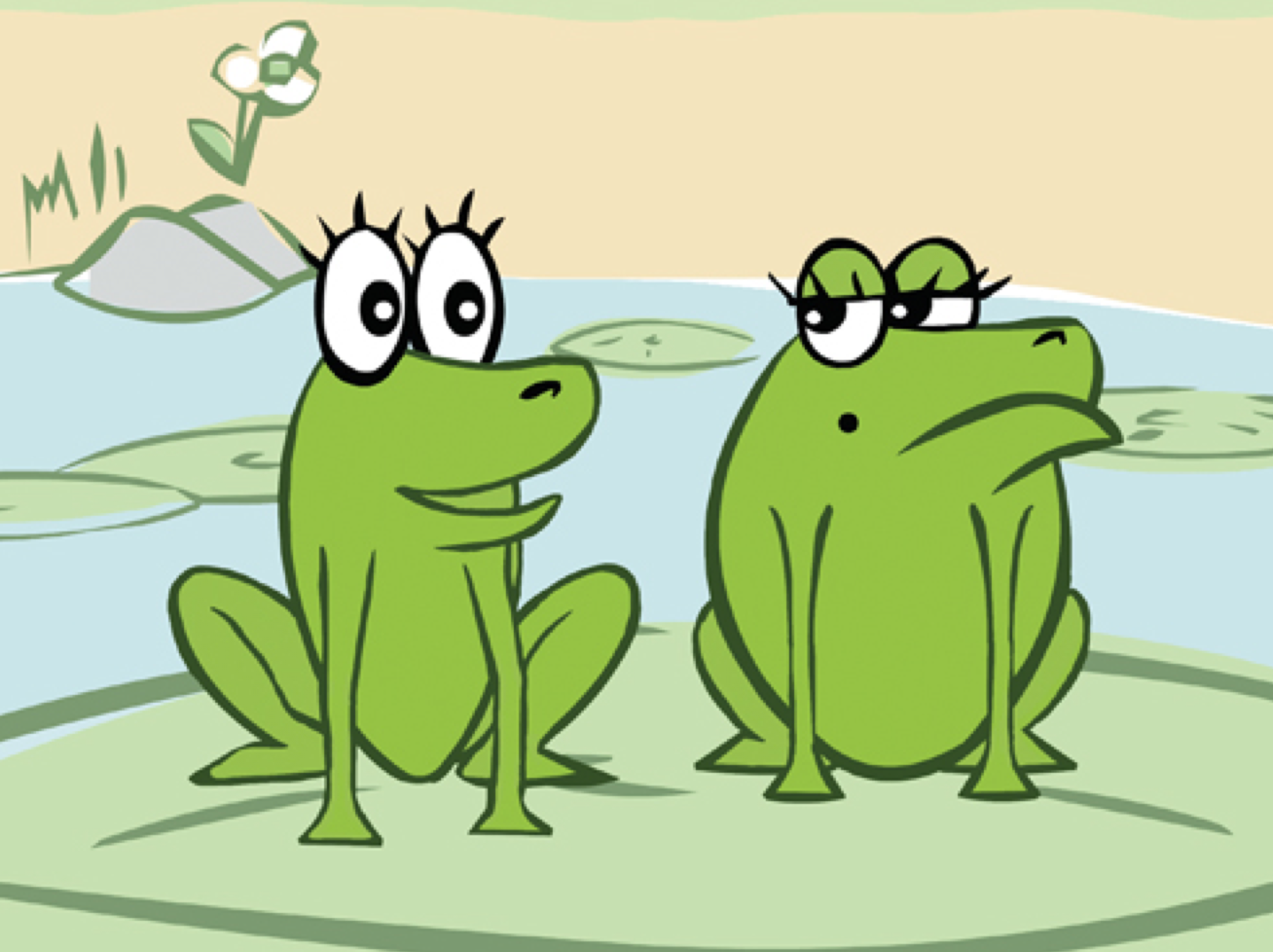 Once, a group of frogs was roaming around the forest in search of water. Suddenly, two frogs in the group accidentally fell into a deep pit.

The other frogs worried about their friends in the pit.

They continued to constantly discourage them as the two frogs tried to jump out of the pit. But keep falling back.

Soon, one of the two frogs started to believe the other frogs — that they’ll never be able to escape the pit and eventually died after giving up.

The other frog keeps trying and eventually jumps so high that he escapes the pit. The other frogs were shocked at this and wondered how he did it.

The difference was that the second frog was deaf and couldn’t hear the discouragement of the group. He simply thought they were cheering him on!

Moral of the story: People’s opinion of you will affect you, only if you believe it to be so. It’s better to believe in yourself.

5. The Milkmaid and Her Pail 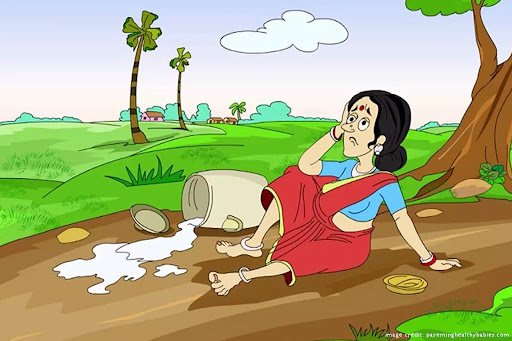 There was once a milkmaid named Patty.

She milked her cow and carried the two pails of milk she fetched on a stick and set out to sell the milk at the market.

As she was walking to the market, she began to daydream about what she would do with the money she fo for the milk.

She thought of buying a hen and selling its eggs and she planned on becoming wealthy.

She dreamt of buying a cake, a basket of strawberries, a fancy dress, and even a new house with the money she would make selling the eggs and the milk!

In her excitement, she forgot about the pails she was carrying and began to skip.

Suddenly, she realised that the milk was spilling down and when she checked her pails, they were empty.

Moral of the story: Don’t count your chickens before they hatch! It is important to focus on the process of achieving success and not just success alone. 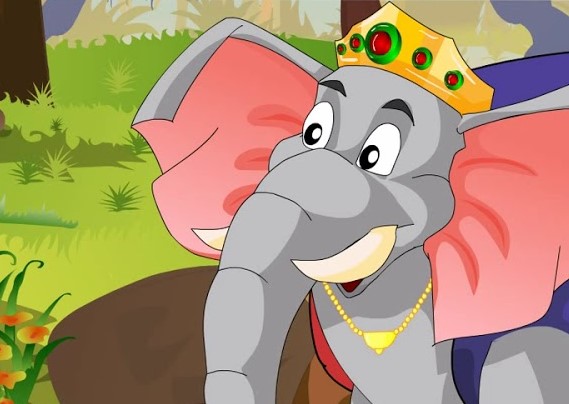 Once upon a time in a circus, five elephants performed circus tricks. They were kept tied up with weak rope that they could’ve easily escaped, but did not.

One day, a man visiting the circus asked the ringmaster: “Why haven’t these elephants broken the rope and run away?”

The ringmaster replied: “From when they were young, the elephants were made to believe that they were not strong enough to break the ropes and escape.”

It was because of this belief that they did not even try to break the ropes now.

Moral of the story: Don’t give in to the limitations of society. Believe that you can achieve everything you want to!

7. The Elephants And The Mice 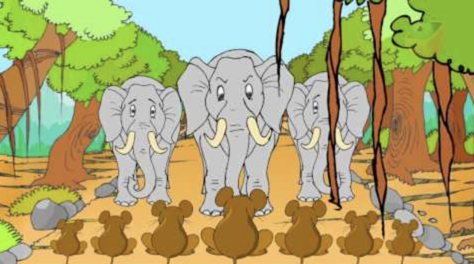 In an earthquake-hit village abandoned by humans, a colony of mice lived. Near the village was a lake, which was used by a herd of elephants.

The elephants would have to cross the village to go to the lake. Thus, one day, as they walked through, they trampled a lot of mice.

The leader of the mice met with the elephants and requested them to take a different route to the lake. He promised them that their favour would be returned in the time of their need.

The elephants laughed. How could such small mice help these large elephants in any way? But then, they agreed to take a different route.

Not so long after, the mice heard that hunters had caught the herd of elephants and were tied in nets.

Immediately, they rush to rescue the elephants. They gnawed through the nets and ropes with their sharp teeth.

The leader of the elephants repeatedly thanked the mice for their help!

Moral of the story: A friend in need is a friend indeed. Make sure you help your friends out whenever they need it. They should always be able to count on you.

We hope children like these short yet interesting stories with morals that we have read growing up!

There are more and more stories with morals on Bee Stories.